To watch a recorded version of the webinar, please ‘Register’ below and use the following code when prompted: snJhs=E5

SNSI will host its first Webinar on the ‘Cybersecurity Landscape - Protecting the Scholarly Infrastructure’ and invites librarians, university staff, IT security experts and anyone interested in learning more about this topic to join this free webinar.

Institutions and publishers have always collaborated on ways to ensure researchers, students and faculty have access to critical research information in efficient and secure ways.

The proliferation of online resources for learning, research and basic operations has also meant a proliferation in cyber-attacks targeting institutions, publishers and other service providers. Fighting cyber-attacks is not a task any one entity can do alone.

The purpose of this virtual security summit is to discuss security threats to the research ecosystem with the aim to engender closer collaboration between publishers
and academics in dealing with these threats.

The program for the half-day virtual event is as follows:

This event is brought to you by publishers, librarians and organizations participating in the Scholarly Networks Security Initiative (SNSI). 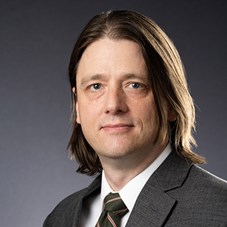 A Utah native, Corey has more than 18 years of information security experience in higher education, research, and healthcare. He joined the University of Utah in 1998 to serve as a technical liaison during the construction of the 2002 Winter Olympic Village at Historic Fort Douglas. After completing the project, he joined the University's Information Security Office and has contributed in several capacities during the department's growth and expansion. 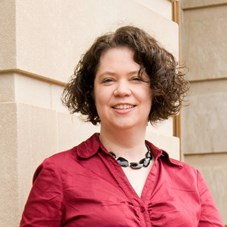 Linda Van Keuren is the Assistant Dean for Resources and Access Management at the Dahlgren Memorial Library, Georgetown University Medical Center. Since 2011, she has supervised the library's access and resources departments to ensure that high-quality content and services are readily available in support of the academic, clinical and research missions of the Medical Center. Her efforts focus on finding cost-effective ways to increase the depth and breadth of library collections and implementing innovative methods for resource authentication and use metics. Prior to her appointment at Georgetown, she was the Systems Manager at Grace Library, Carlow University in Pittsburgh PA as well as Adjunct Faculty, Department of Management and was awarded the Adjunct Excellence in Undergraduate Teaching Award.

She is an active member of national and regional professional library organizations and has held offices within the Medical Library Association. She is a member of the Academy of Health Information Professionals and was a fellow within the National Library of Medicine/Association of Academic Health Sciences Libraries Leadership Fellows Program. Dean Van Keuren has a Masters in Library Science from the University of Pittsburgh and an undergraduate degree from Carnegie Mellon University. 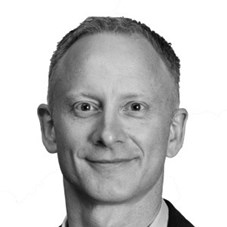 Tim Lloyd is founder and CEO of LibLynx, a company providing Identity, Access, and Analytics solutions for publishers and libraries. His career spans almost two decades in a variety of product development and operational roles in online publishing, with a particular focus on developing innovative products and services to support online learning and research. Tim is a member of the governance committee of SeamlessAccess.org and co-chair of the outreach committee.

Joseph V. DeMarco is a partner at DeVore & DeMarco LLP where he specializes in counseling clients on complex issues involving information privacy and security, theft of intellectual property, computer intrusions, on-line fraud, and the lawful use of new technology. His years of experience in private practice and in government handling the most difficult cybercrime investigations handled by the United States Attorney’s Office have made him one of the nation’s leading experts on Internet crime and the law relating to emerging technologies. From 1997 to 2007, Mr. DeMarco served an Assistant United States Attorney for the Southern District of New York, where he founded and headed the Computer Hacking and Intellectual Property (CHIPs) Program, a group of five prosecutors dedicated to investigating and prosecuting violations of federal cybercrime laws and intellectual property offenses.

In 2001, Mr. DeMarco also served as a visiting Trial Attorney at the Department of Justice Computer Crimes and Intellectual Property Section in Washington, D.C., where he focused on Internet privacy, gaming, and theft of intellectual property.

Prior to joining the United States Attorney’s Office, Mr. DeMarco was a litigation associate at Cravath, Swaine & Moore in New York City, where he concentrated on intellectual property, antitrust, and securities law issues for various high-technology clients. Prior to that, Mr. DeMarco served as law clerk to the Honorable J. Daniel Mahoney, United States Circuit Judge for the Second Circuit Court of Appeals. Mr. DeMarco is a Martindale-Hubbell AV-rated lawyer for Computers and Software, Litigation and Internet Law, and is also listed in Chambers USA: America’s Leading Lawyers for Business guide as a leading lawyer nationwide in Privacy and Data Security. He has also been named as a “SuperLawyer” for his expertise and work in the area of Intellectual Property Litigation. He has published numerous articles and appeared on major news programs in his practice areas; is a member of the Professional Editorial Board of the prestigious Computer Law and Security Review (Elsevier); and serves on the Board of Advisors of the Center for Law and Information Policy at Fordham University School of Law. 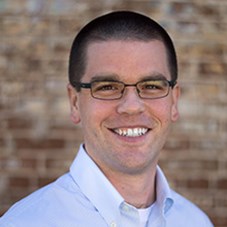 Crane Hassold is the Sr. Director of Threat Research at Agari, where he leads an intelligence team responsible for researching enterprise-focused phishing threats. Prior to moving to the private sector in 2015, Crane served as an Analyst at the FBI for more than 11 years, providing strategic and tactical analytical support to cyber, financial crime, and violent crime cases.